Plucked from obscurity at the tender age of 14, Sophie began charting her path from a school challenge, of all things. Asked to master a skill over nine months, Sophie decided that she’d put her musical acumen to task. She went to class to learn to DJ and,
as she learned the technical side, she quickly realized there was something much more at her fingertips. She began to obsess about music and mixing, production and the art of it all. She felt the real pull of music and what it can do for people and sudden
ly this school project became the catalyst of a career. She booked her first residency around this time at a local bar called ‘Het Pumpke’ where she perfected her skills and, as she played for more and more people, the artist inside began to emerge. She realized that she could connect with people in a powerful way through music. 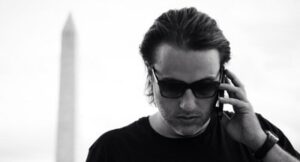