Back In The Day

An hour of club classics and old school anthems every day! 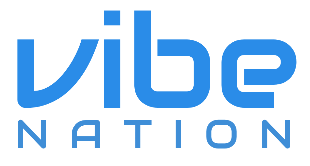 The World's Best DJ's In The Mix!

German house music producer Robin Schulz became an overnight sensation when he scored an international smash hit with his very first commercial release, a lush remix of "Waves" by Dutch rapper Mr. Probz. It hit number one in six European countries and number three in six more, and his follow-up, a club-ready remix of French indie pop duo Lilly Wood & the Prick's "Prayer in C," was even more successful, going to number one in ten European countries.

Brussels-based Lost Frequencies is the revelation of the current Electronic Dance Music generation. The young Belgian prodigy, born Felix de Laet, emerged from the crammed pool of aspiring Dance music stars halfway through the year of 2014 and immediately delivered a worldwide hit single, going by the name of ‘Are You With Me’, released on Armada Music sub label The Bearded Man. The quick rise to the top started with a sudden, yet meritorious leap onto the number one spot in home country Belgium, subsequently leading to five times certified platinum for the single. A string of #1 chart positions and certified gold, platinum, and double platinum followed all over Europe, with ‘Are You With Me’ reeling in the title of ‘Most played record in Europe’ and taking the coveted pole position in the UK Singles Top 40. All the while ‘Are You With Me’ kept piling up the accolades, a new chart-topping record loomed on the horizon, rapidly becoming one of the most sought-after singles. ‘Reality’ feat. singer-songwriter Janieck Devy contains Lost Frequencies’ far-famed signature sound of summery vibes, and quickly took the number one spot in Belgium and Germany. The future is looking increasingly bright for the gifted wonder kid. With the backing of Armada Music and sub label The Bearded Man, Lost Frequencies could prove to be one of the most successful Electronic Dance Music artists you’ve ever seen. Get involved to find out!

In the grand circus of music, Moguai is most definitely in the big top. Whilst other acts have come and gone, his star is still shining brightly. Time and again he has set new standards in electronic music, his productions proving timeless in this fast moving business. He is also a highly talented and hugely popular DJ. From the deepest underground clubs to the biggest stages of the world, Moguai sets are guaranteed to ignite the crowd. There are few DJs who can move so comfortably between the credible intimacy of a small club gig to the bigger arena. Moguai does so effortlessly, always true to his musical ideals and vision. Music is an incessant process of development for Moguai. His centre of focus is personal taste, without recourse to chasing trends. A marathon of music, not a sprint!

After his unmissable ‘Front of House’ radio show and podcast, Dannic takes his radio talents in a new, exciting direction with his fresh listening concept of Fonk Radio - continuing the groove with the funk-infused house music that Fonk Recordings is already admired for, as well as the hottest electronic hits in the scene today.