Judge Jules brings 2 hours of sonic action from around the world. Each week we bring you some of the hottest global guests plus our Tried & Tested tune of the week! For full tracklisting head to: www.judgejules.net

Mark Knight´s radio show is about to hear the finest upfront tracks and a 60 minute master guest mix from the world's most respected DJs, exclusive to Toolroom Radio - Mark Knight’s legacy already ranks him as a leading player in dance music culture. His rise to the forefront has been more than just gigs and remixes; his contribution to the scene via his label Toolroom Records, demonstrates abilities that supercede the glorified title of ‘DJ’.

Ben Mabon plays the biggest house and club tunes to help you start your weekend!

LIVE in the mix direct from Frisk radio and Housetory to get your big weekend in started! Chrisi is a Yorkshire based DJ, Originally from the North East of England where he used to DJ in the late 90s and early 00s until moving to Yorkshire. Chrisi is the Frontman and Founder of Housetory Old-Skool Re-Invented, a brand that is based on all things house from way back to the early 90s to more upto date house music that’s around today. I've got a massive passion for music and I'm a lover of all things house & trance, both old & new. I'd say my biggest influences are: Above & Beyond, Camelphat, Fatboy Slim, Dave Pearce, Armin Van Buuren and Frankie Knuckles.

DJ Dave Thompson has almost two decades of experience in the UK and overseas. Dave has shared the decks with some of the finest DJs in the industry including Dave Pearce, Sonique, K-Klass, Manny Norte and Tim Westwood to name a few. Dave started on the mobile circuit in his late teens, progressing onto becoming a club resident at the tender age of 18. Dave then successfully took a 2 year residency out in Kavos, Corfu working out of the Limelight Nightclub and sister bar Spotlight. Dave is currently the resident DJ at Bar Babylon in the United Kingdom, Hull’s hottest bar where he delivers his own unique style, expertly mixing up current commercial house, tech and classic anthems. Catch Dave starting your weekend early with a hot mix every Friday on Vibe Nation Radio.

The Official Beatport Top 10 with Al Gibbs. The worlds hottest Electronic music every single week. Keep up to date with the hottest Dance tracks in The world with award Winning Dj Al Gibbs.

Dance Anthems showcases the world's biggest dance hits right now. We'll bring you the hottest vibe we think will be the next big tune on the planet, the listeners' anthem of the week and the Vibe Dance Chart compiling the hottest tracks being spun by our resident DJs and requested by you! We also round out the show with the classic vibe. Email or DM us with your shouts wherever you are in the world. Anthems is the perfect way to start your Saturday party!

Power 2 The Beats comes to you courtesy of London’s Power Promotions, bringing you the very best in brand new house music. Tracey Power and Mark Loverush deliver a show which is jam packed full of new music being promoted through the promo company, as well as other new original tracks and remixes that simply need to be on your radar!

Voted by millions as DJ Mag's World Number 1 DJ, Martin Garrix's is without doubt one of the biggest names in the world of electronic music. Every week, the young Dutchman presents a weekly selection of songs he loves to listen to at home or play out at a party. 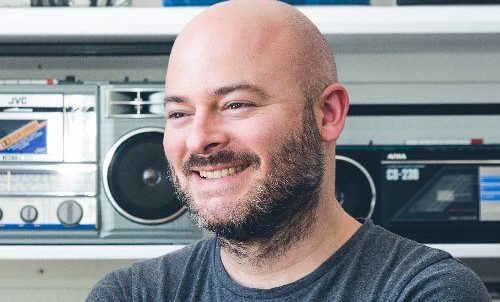 Andi Durrant's Electrik Playground is a new international program showcasing the planet's best electronic music - from the biggest festival-rocking anthems to the sounds of the underground, classics and anthems, EDM, progressive, deep house, techno, trance, dubstep and drum & bass. A 2 hour program featuring guest sessions from some of the biggest names in the scene and world exclusives every week. Currently broadcasting across 10 countries.