Hardwell Off The Record 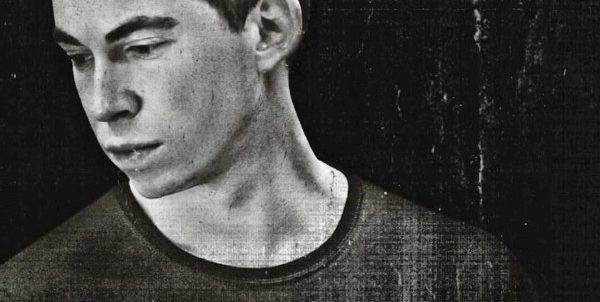 Broadcasted on over 115 FM stations worldwide with a weekly reach of over 50 million listeners, Hardwell’s world renowned Hardwell On Air gets ready to bring a new dynamic to the weekly offering with a brand-new hour to the show titled ‘Off The Record’. Comprising of an extra hour filled with Hardwell’s own personal selection of diverse cuts outside of the shows usual realm, ‘Off The Record’ will provide a journey through deeper shades of house, future bass, tech house and much more! Encompassing highlight tracks he plays whilst travelling, listening at home or chilling with friends, the second hour aims to add another unique offering to the music scene Hardwell’s most passionate about as an artist. Showcasing his diverse musical pallet, the show aims to touch a wider audience worldwide with the help of Hardwell On Air’s epic reach and millions of fans across the globe. Touching on his inspiration behind the show, Hardwell stated ‘I’m really excited to present a wider sound to my fans including some of the music I’ve been most passionate about over the years. I think it’s a great opportunity to give fans a reflection of my own personal private playlists and adds a new dimension to the show!’ Broadcasted on Sirius XM’s Electric Area in US and airing in China, Poland, Colombia, Indonesia with a multitude of stations to be added on the horizon, along with being part of Hardwell On Air via YouTube which has over 4 million subscribers and iTunes which has over 1 million subscribers, the show will also feature an artist for a 15-minute showcase each week, bringing more emerging talent into the ‘Artist Spotlight’. With an already proven pedigree of showcasing the best the industry has to offer with his imprint Revealed Recordings, Off The Record looks set to be another colossal platform for bringing forward fresh material. It is guaranteed that fans will find lots of hidden gems to add to their own collection when the new component to the show launches soon!

For Nicky Romero, making music is more than just a passion. The Protocol Recordings label boss lives by the mantra of “the main aim is to up my game at every possible turn without compromise." The Amsterdam-based superstar certainly practices what he preaches - he's celebrated the world over for his countless chart-topping records and for producing tracks for some of the most iconic names in music including Rihanna, Britney Spears, David Guetta, Calvin Harris and Avicii. If you've been lucky enough to witness this natural born performer with an innate ability to read and work a crowd of any size, you'll know how capable he is of electrifying some of the most revered festival stages on the planet, including Ultra Music Festival, Electric Daisy Carnival Las Vegas, Lollapalooza, Tomorrowland, Coachella and Stereosonic. Reaching over 35 million listeners per episode, Protocol Radio is a premiere edition to any provider’s repertoire. Protocol Radio is broadcast on over 110 stations, with its imprint growing every week. Each episode Nicky serves up a eagerly anticipated selection of the latest hand picked tunes, remixes, bootlegs and more latest productions plus exclusive live mixes, insider info and much more.

Afrojack has become one of electronic dance music's major icons. From humble DJ beginnings in his native country of Holland, he has grown to become a multi-award winning, platinum-selling producer. His skills are some of the most sought after in the world, and with two Grammy Awards under his belt, it's easy to see why. In addition to this, his DJ sets have fast become both iconic and unparalleled, providing an explosive take on the current state of dance music across the board. Produced by the NoiseHouse www.thenoisehouse.com.

Morgan Page is a seminal force in electronic music. Across his dozens of hit releases, the GRAMMY nominated producer and DJ has racked up hundreds of millions of plays, and charted multiple Billboard, Beatport, and US Dance Radio #1s. Having broken through more than a decade ago, on the forefront of the explosion of dance music in North America, Page has built a massive live following. Touring consistently throughout the years, Page has performed at major festivals across the world, including Coachella, EDC, Electric Zoo, Burning Man, and Ultra Music Festival, as well as countless shows in the world’s top hard ticket venues and clubs.

Dutch electronic hitmaker Sam Feldt is signed to the world famous Spinnin Records and has released a number of successful tracks including the clever rework of Robin S' Show Me Love which charted all over the world. Sam travels the world showcasting his talents at the world's biggest festivals, often with his live band alongside him. Hear Sam play some of his favourites every week on Vibe Nation!

Back In The Day

An hour of club classics and old school anthems every day!

Gex is best known for being the soundtrack to Adelaide’s Saturday night party with his radio show ‘Synergy’ on Fresh 92.7FM and now he's bringing his sets to Vibe Nation! Playing all the biggest party tunes you know and love, alongside the best new club tunes, to get you dancing around the room. Catch up on previous shows below or on Mixcloud! 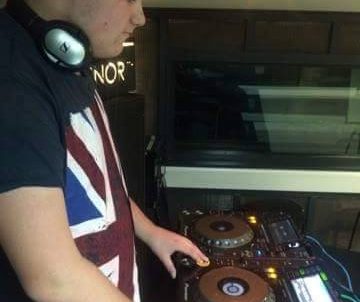 Ben Mabon plays the biggest house and club tunes to help you start your weekend!

LIVE in the mix direct from Frisk radio and Housetory to get your big weekend in started! Chrisi is a Yorkshire based DJ, Originally from the North East of England where he used to DJ in the late 90s and early 00s until moving to Yorkshire. Chrisi is the Frontman and Founder of Housetory Old-Skool Re-Invented, a brand that is based on all things house from way back to the early 90s to more upto date house music that’s around today. I've got a massive passion for music and I'm a lover of all things house & trance, both old & new. I'd say my biggest influences are: Above & Beyond, Camelphat, Fatboy Slim, Dave Pearce, Armin Van Buuren and Frankie Knuckles.

DJ Dave Thompson has almost two decades of experience in the UK and overseas. Dave has shared the decks with some of the finest DJs in the industry including Dave Pearce, Sonique, K-Klass, Manny Norte and Tim Westwood to name a few. Dave started on the mobile circuit in his late teens, progressing onto becoming a club resident at the tender age of 18. Dave then successfully took a 2 year residency out in Kavos, Corfu working out of the Limelight Nightclub and sister bar Spotlight. Dave is currently the resident DJ at Bar Babylon in the United Kingdom, Hull’s hottest bar where he delivers his own unique style, expertly mixing up current commercial house, tech and classic anthems. Catch Dave starting your weekend early with a hot mix every Friday on Vibe Nation Radio.

Chris Bell is a DJ based out of Hull with around 2 decades of experience behind the decks. Originally from the UK's North East, Chris started out cutting his teeth at legendary nightclubs like Mardi Gras and Escapade and nowadays focuses his sets in upmarket bars and venues mainly across County Durham & Yorkshire. "I started off as a purely trance DJ and following trance dropping out of the mainstream I slowly morphed into house. Nowadays, I love playing all types of vocal house, remixes and house classics." Chris also does a Saturday night show on the UK's Frisk Radio but you can also catch him here every week with the freshest house tracks and old school remixes to warm you up for the weekend on Vibe Nation's Friday Night Vibe!

Judge Jules brings 2 hours of sonic action from around the world. Each week we bring you some of the hottest global guests plus our Tried & Tested tune of the week! For full tracklisting head to: www.judgejules.net